Effective Availability is calculated for each aggregator system as follows:

EA is only calculated "when the sun is shining", which means that if the site is not expected to be producing, then EA is not calculated at all for that 5 or 15 minute period. Irradiance as well as the current average power production of all subsystems are used to determine whether all subsystem of a given system are expected to be producing. This is necessary since we don't expect units to produce in the dark.

The exact algorithm to determine whether a system is expected to be producing is as follows:

The Minimum Power Threshold is determined as 1% of the sum of module outputs for the given system.

The Irradiance Threshold can be set on the site configuration form for the whole site:

Energy Produced is calculated simply as the sum of the readouts of all subsystems.

Energy Lost is calculated based on the energy produced by units (which we call subsystems) that are online, if available:

A subsystem is considered online in the context of the above equation if it produced at least 0.5 kW over the preceding period at an average power of at least 0.1% of the rated module output.

A subsystem is considered not producing if it is reporting values, but these values are below the threshold explained above.

A subsystem is considered offline if readings are unavailable.

We can then get the energy lost as follows:

The EA for each site is available from the Analytics tab on the site details page: 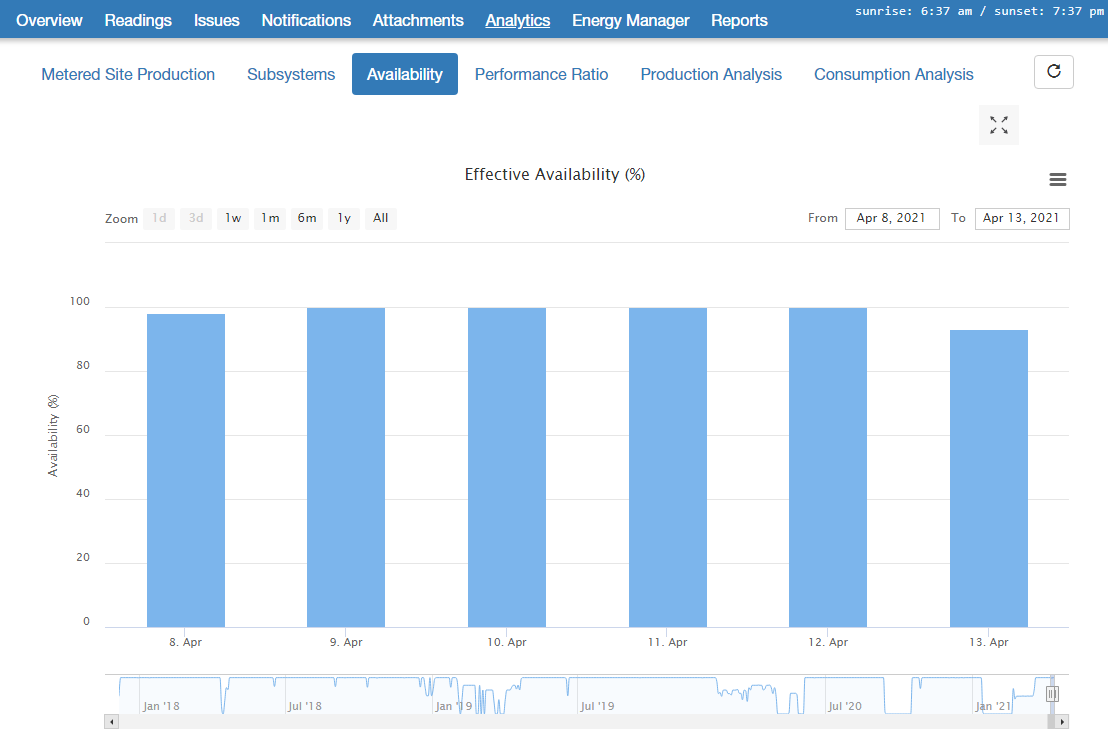 The values are also available in a table on the Local Readings tab for each site:

The result includes the values used in the calculation, and can be exported in various formats: 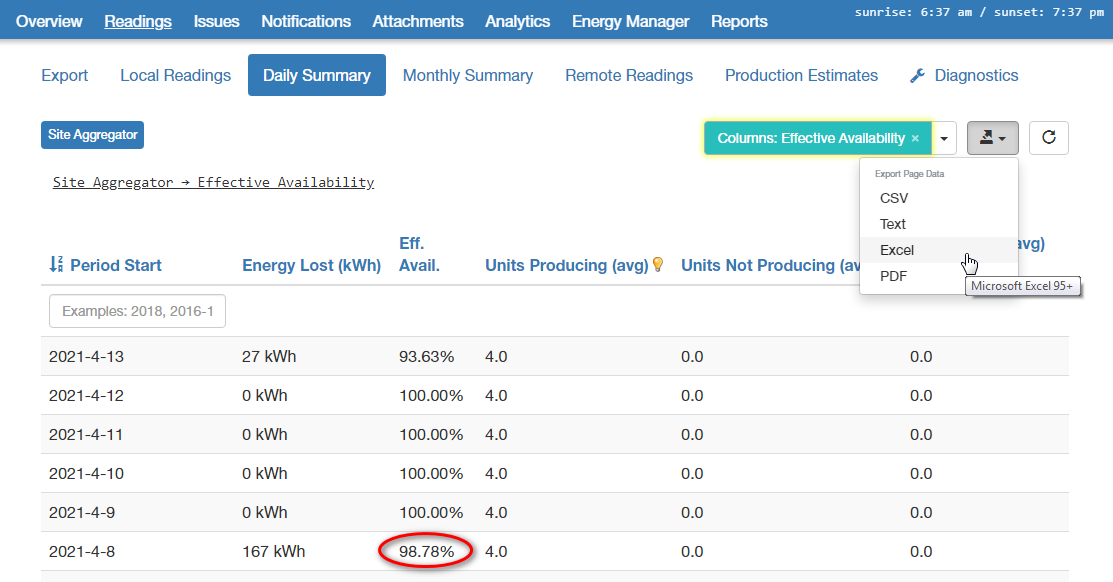 Use the Local Readings tab to drill-down and identify why the site underperformed on a given day (circled in the previous image): 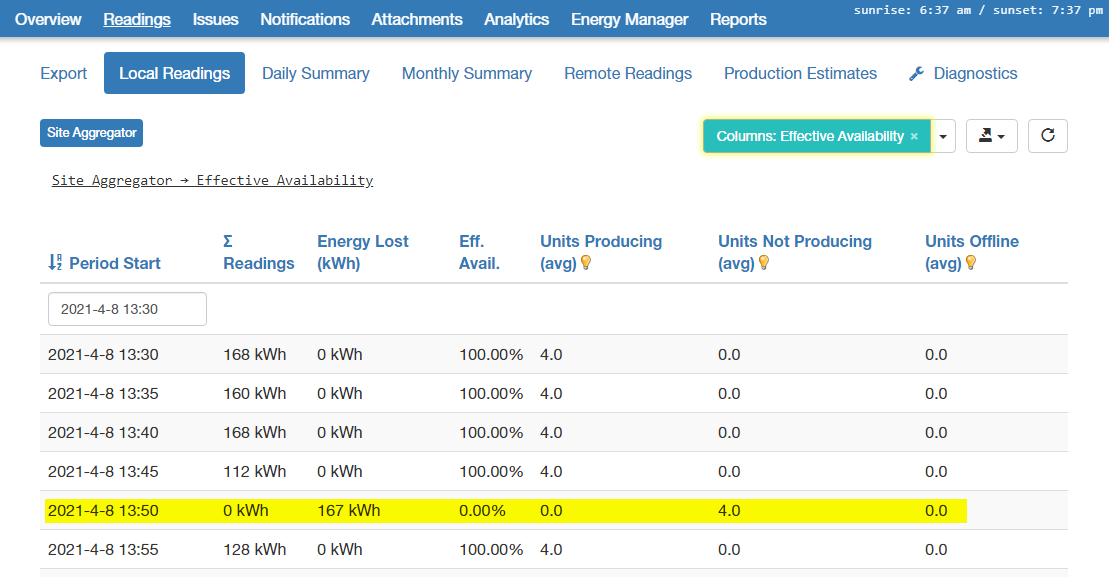